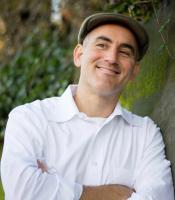 Over fifteen years experience teaching drumming to children and adults

Performed in Taiwan for Lantern Festival with the Mt. Hood Big Band

501c Nonprofit - Dedicated to the promotion of music and music-based education for youth in underserved communities.

Sound and Rhythm Drumming studio was founded in 2000 as a teaching studio to share passion for drumming and diverse cultures through community classes and events.

Sponsor of Portland Metro Area master classes and workshop with master musicians such as Bob Moses, Mark Walker, Obo Addy, Bolokada Conde and many others.

Taught Orff classes and private lessons for after school programs including Aloha-Huber Park School and at the Friendly house.