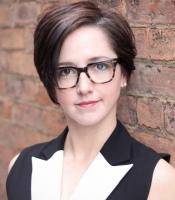 Colleen Phelps with the Nashville Philharmonic

The Wonderful Widow of Eighteen Springs, by John Cage

Colleen Phelps hits things (artfully) and sometimes sings about it. Classical percussionist and singer, who enjoys crossover into alt-classical music.

Award winning percussionist and singer Colleen Phelps is based in Nashville, TN. She is a faculty member at Nashville State Community College and Lipscomb University. Colleen is a founder of experimental music ensemble Sound Riot. She is also the co-artistic director of the Wood/Silk Project - a collaboration of Chinese and American music and musicians. Her combinations of percussion, spoken word, singing, and theatre are quickly becoming in-demand within the new music scene. She has appeared as a percussion soloist with the Charlotte Civic Orchestra, and Nashville Philharmonic. Her 2015 solo performance titled Sound in the Art at Chase Public in Cincinnati, OH was a City Beat Critic's Pick.

Colleen's commitment to education goes beyond her collegiate teaching. She regularly runs masterclasses for percussion students, as well as classes on solo playing for all instruments. As an Orff-Schulwerk certified teacher, Colleen led the music program at the Reformed Church Nursery School in Bronxville, New York where she directed the students in choral performances, facilitated a musical theater enrichment program, and created the Bash Your Trash program, where PreK students built their own musical instruments from recycled materials.

She received her Bachelor of Performance degree in percussion and a Master of Music degree in conducting at the University of Cincinnati College-Conservatory of Music.  She was a student of the ensemble-in-residence Percussion Group Cincinnati and studied extensively with Allen Otte.  While at the University of Cincinnati College-Conservatory of Music Colleen won the Clara M. Baur Competition for Instrumental Performance. She acted as principal percussionist for the Opera Theatre and Music Festival of Lucca in Lucca, Italy and was active in the Music X festival of 21st century music. In addition to her degree requirements she contributed a full solo program to the CCM Atrium Series, and performed an entire program of premieres by student composers and choreographers. She continued to perform as a percussion soloist during her Master of Conducting degree study, and was featured with the CCM Chamber Choir.​

Colleen recently earned her Master's Degree in Choral Conducting at the University of Cincinnati College-Conservatory of Music, where she previously completed Bachelor of Music degrees in Percussion Performance and Music Education.

Colleen is enjoying freelance percussion work and teaching in Nashville, TN along with her husband Matthew Phelps, Mnister of Music at West End United Methodist Church, and their six year old son Noah.