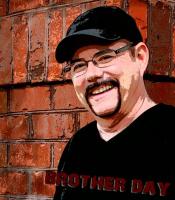 Hi everyone! I use piano to write original music, and use keyboard occasionally on gigs, although I do not consider myself a professional pianist. I also have a background on drums and percussion. Please feel free to contact me for further information. Thank You!

Currently I perform as a singer/songwriter with vocals and trumpet and saxophone solos in my shows and occasionally use piano. I do a wide varitey of music including Jazz standards, Mowtown, Country, Blues and more. I also perform as a sideman doing backup vocals and horn solos with a band. I arrange and play backup horns on recordings for other artist as well as on my own music.

Hi Everyone! It is an honor to be a member of AFM Local 257. From a small child on I was raised in a musical family. My mother played both Jazz piano and classical piano, and had perfect pitch. She had incredible musical talent and played by ear as well as read music, and had perfect pitch. My sister is an accomplished pianist and graduated from the University of Illinois with a performace major in piano and as a vocalist.  Dad played drums and was a hugh jazz fan. We spent countless hours as a family playing and enjoying music. After graduation from high school I attended Illinois Wesleyan University for a year and a half before transfering to North Texas State University in Denton, Texas. I majored in Music Education and Trumpet and became a member of the famous "One O'Clock Lab Band". Some of my classmates/fellow band members included Jeff Sturges (LA arranger), Tom Malone (NY arranger/studio musician/Saturday Night Live/David Letterman), Lou Marini (Blues Brothers), and Dean Parks (LA studio guitar player with Steely Dan and a host of others).

During and after college at North Texas State University I had the opportunity to perform as a sideman with James Brown, Bob Hope, Stevie Wonder, Doc Severinson, Lana Cantrel, and toured as Jazz Trumpeter on the road with The Ray Charles Orchastra for two years. After leaving the Ray Charles Band I moved back to Chicago where I did various gigs and played as a regular at Pheasant Run. After an extended period of time of leaving the music business and pursuing other interest, I re-started my musical carreer in 2004, this time as a singer/songwriter and performer on trumpet, saxophone, and keyboards. I came to Nashville to record original music with friend and producer Daniel Dennis in 2008, and did two albums over time: "The Best of Brother Day"..... Volumns I and II, which included guitarist Charlie Worsham and pedal steel guitarist Mike Daly and others. Recently in June of 2018 I came back to record new original music with Daniel Dennis at Dennis Productiions and do videos with Brandon Vestal at Vestal Video. I feel this is some of the best work I've done to date. In these sessions I wrote, played on, and arranged two original songs for the young LA based singer Matt Barber. I also recorded, played on and sang three original songs and played and sang on three other "standards" including: Aint No Sunshine When She's Gone, Let The Good Times Roll, and On The Road Again. This was June of 2018.

Part of my musical strength lies in the diversity of musical styles I perform (Jazz, Motown, Country, Rap (yes, 4 rap songs to date...LoL), and being a vocalist that also plays trumpet and saxophone. I am able to front a group as singer and instrumentalist, but am also equally comfortable doing backup horns or vocals in a group. I would eventually like to do some touring again as a sideman with my horns.

I joined AFM Local 257 out of the deep respect I have for the AFM and the professional musicians who make up this great organizationl, and also because I chose "Music City" to do all of my recording work. T!here is only one Nashville, and it's a top city for musicians and the music business in general. I appreciate each one of you in the business!

Thank You for visitiing my page and feel free to contact me for more information.