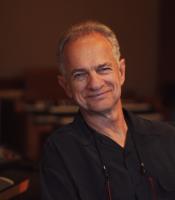 I produce family films, write music for TV and film, and I'm the music director for several network awards shows, including The Academy of Country Music Awards.

Producer of the acclaimed film, God Bless the Broken Roadand music director for network TV specials, The Academy of Country Music Awards, The Billboard Music Awards, and The American Music Awards, Edgar Struble is respected in the entertainment industry for his discerning leadership, talent, and the passion for creativity he brings to every project.

Pulling from his experience in music and film production, Edgar’s contributions to God Bless the Broken Roadhelped propel it to a 1,235-screen opening in fall of 2018. Prior film projects include family-friendly films Mickey Matson and the Copperhead Treasure, Pirate’s Code: The Adventures of Mickey Matson, andCrowning Jules.“Working on these films has been a satisfying and exciting experience,” he says. “Producing gives me the opportunity to bring both artistic vision and solid business management skills to a project.”

Edgar’s career was launched in Nashville in the mid-1970s when he began a 15-year engagement as music director for Kenny Rogers. His work with Kenny included the musical supervision of NBC’s highest-rated variety special, Kenny, Dolly and Willie: Something Inside So Strong.The mid-90s found him in front of the camera as music director for Dick Clark’s Prime Time Country,a daily variety show airing on The Nashville Network.

Now based in Los Angeles, he has worked as music director and composer for many television series and specials including Your Big Break, Greed, and theMiss America Pageant, as well as documentaries for TLC, A&E, and The History Channel.

Edgar’s 2010 book, Working in the Music Industry, draws upon his extensive experience as a performer, music director, and producer in presenting a practical guide to transforming an interest in music into a viable career. He has been a featured speaker at numerous entertainment summits, sharing his wisdom with those seeking careers in the business.

He has released three CDs featuring country standards and his own compositions.

To learn more about Edgar and his work, visit www.edgarstruble.com.