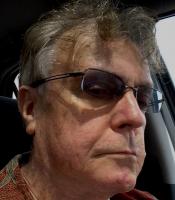 Professional String Bass Player and public school teacher (Retired) - Former Principal Double Bassist University of Kansas Symphony Orchestra, KC Civic Symphony and combo/nightclub musician in Missouri, Kansas and Oklahoma. My original membership was acquired in Springfield, Missouri AFof M in the year 1959. Members of that (Springfield) local were advised years later that the Springfield chapter would be merged with the Branson, Missouri chapter. Then, several years later we were again advised that Branson members had been merged with the Joplin, Missouri AF of M. Finally members were once again advised many years ago that all memberships had been once again transferred and merged with the Nashville AF of M where their memberships are currently maintained. I have been a member of the  AF of M musician's union for a total of 58 continous years as of this year, 2016. I joined in 1959 in Springfield, MO, and have never missed a year of paying professional dues.