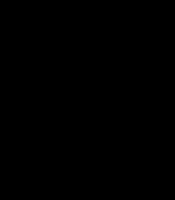 With the ability to adapt to any musical situation, Jared is a sought after drummer playing with a growing number of International artists and bands. His creative explorations have resulted in a fascinatingly diverse range of productions, including world tours, festivals & multiple performances on television and radio.

Born in Sydney, Australia, he first picked up the sticks at 4 yrs of age and began to hone his skills playing in church, high school bands and through private tuition. While living in Australia, Jared carved out a long and impressive resume for himself, writing/performing/recording with the likes of Afro-colombian rock band Watussi, Reuben Morgan (Hillsong), Guy Sebastian (Aus Idol), Kate DeAraugo (Aus Idol), Paulini (Aus Idol), Charlton Hill, Mark Williams & Adam Brand.

Jared Kneale remains in constant demand for his abilities as a drummer and musician who offers a unique and diverse array of options in sound and style, both in the studio and live on stage. His courage in experimentation, his proven stage charisma, and his technical ability set Jared apart as a musician of high distinction.