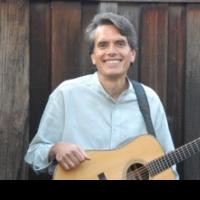 A native of the Sierra Nevada foothills of northern California, Keith Little is a nationally acclaimed musician, vocalist, recording artist, composer, and producer. Born into a musical family, he was first introduced to string band music by his father, and quickly developed on the guitar, five-string banjo, mandolin, and fiddle. Shortly after performing his first professional engagement in 1969, Keith met and began performing with local legends Vern & Ray. This collaboration would eventually evolve into his tenure with Rose Maddox and the Vern Williams Band, in what has proven to be a milestone in west coast country music. Over a career spanning forty years, Keith has been a veteran of many national touring bands (Country Gentlemen, Ricky Skaggs & Kentucky Thunder, Lonesome Standard Time), and has performed on the GRAMMY award winning recordings “The Grass Is Blue” and “Little Sparrow” by Dolly Parton, and “Another Country” by the Chieftains. An amazing vocalist, Keith appears regularly with the LittleBand, and is also a featured member of the David Grisman Bluegrass Experience, and the Peter Rowan Bluegrass Band. His compositions have been recorded by Crystal Gayle, Longview, Claire Lynch, Tim O’Brien, and the Whites (among others), and he is an honorary lifetime member of the California Bluegrass Association.