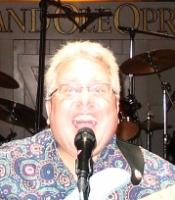 Play electric bass, familiar with most commercial styles. Read notes (bass and treble clefs), numbers, chord changes, or play by ear. Capable of quickly creating a bass part, locking with the drummer, and helping to create a groove for the rest of the band to play over. Laid back, easy going, and experienced in the studio.

Lance Martin Bio Lance Martin has spent his entire adult life as a professional musician. He has performed all over the world in studios, clubs, churches, videos, internet, TV, concert stages, and has also been an instructor. His primary instrument is the electric bass, including fretless and the electric upright bass. His formal music training was done at the esteemed Univ. of North Texas, earning a Bachelor of Music degree. With a thorough “street” education and deep faith in Jesus Christ, he has gained the wisdom and knowledge needed to survive in today’s music business. Not only can Lance read notation, chord changes, and Nashville numbers, he can also “play-by-ear”. Although he doesn’t consider himself an expert in any one style of music, Lance has extensively studied and performed rock, R&B, country, jazz, contemporary Christian, blues, latin, and many sub-styles within these genres. And he has always focused on stylistic integrity. During his 20 years as a Nashville based musician, he has also worked in the studio as bassist, engineer, and/or producer. This includes work done in his personal DAW/recording studio, Boogie House Music, using Sonar, Sound Forge, and Finale software. Lance was co-producer and bassist for Cakewalk’s “Loops of Hazard” and Sony Digital Media’s “Rhythm & Twang” audio loop products. Lance taught bass guitar, guitar, and music theory as a full-time faculty member at South Plains College in Texas. At various times he has done private lessons and taught bass at Congressos with MusicoAMusico in Latin American countries. And he worked as a music therapist at Denton State School, an institution for the mentally retarded. He has performed and/or recorded with many nationally famous singers/artists, and currently tours with Grand Ole Opry artist John Conlee.