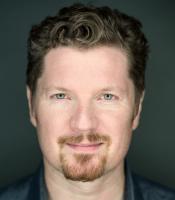 I play drums, percussion, guitar, saxophone, keys and bass (in that order of proficiency).  Able to sight-read and a strong lead or harmony singer too with baritone to high rock tenor range.

Ryan Link is a versatile singer, actor, drummer/percussionist and "hack-of-all-trades" (h/t Ian Fitchuk) based in Nashville. From his roots in grungy, jammy '90s Seattle rock bands to leading roles on the Broadway stage, and on national theatrical tours of the US, Canada and Japan, he brings authenticity, wide-ranging musical and dramatic ability, and team spirit to every project.  Ryan is a founding member and the "utility guy" of the Nashville Yacht Club Band.  He relocated to Music City USA in 2016 to focus on writing and producing. His debut solo EP Reverberations, featuring the single "Under The Rug", is available on all services.