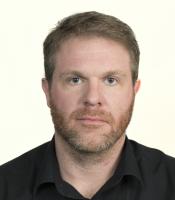 I primarily play acoustic/electric guitar, bass guitar, and vocals.  I am versatile in genres.

I have over 25 years of experience in performance and studio recording in the musical arts.  I am an accomplished recording artist, having released my own recordings on national distribution outlets.  I have also recorded in multiple studios throughout the Southeast, including Nashville.  I am a producer, having self-produced seven full-length albums and two Extended Play (EP) releases on my own record label, and producing and engineering multiple other artists and vocalists in self-financed projects.  I have experience in live performance as band leader, guitarist, bassist, pianist, keyboardist, drummer, lead vocalist, and backing vocalist.  I also have performed all of these functions in the recording environment.  I can read Chord Charts, Nashville Number System, and Traditional Notation.  I am also a published songwriter, with an extensive catalog of songs covering a wide range of genres.

I am seeking work as a guitarist, bassist, and/or backing vocalist in the recording environment.  I am located in Northern Alabama, and can travel upon agreed conditions and terms (distance/time/fee/availability).  I am primarily an alternative rock/traditional rock/rock blues player, but can play other styles (such as contemporary worship, pop, hard rock, folk, and country).